PInCh 2017: How can we use wearable technology to address an important health problem?

Teams competed for funding during the fifth iteration of the PInCh. Projects were awarded a total of $565,000 in funding a the PInCh final event on October 25, 2017. Seven teams competed in a poster session in which event attendees voted for the projects. Six teams then pitched their projects to a live judging panel and audience.

Funds to support this year's challenge were generously provided by DSF Charitable Foundation. 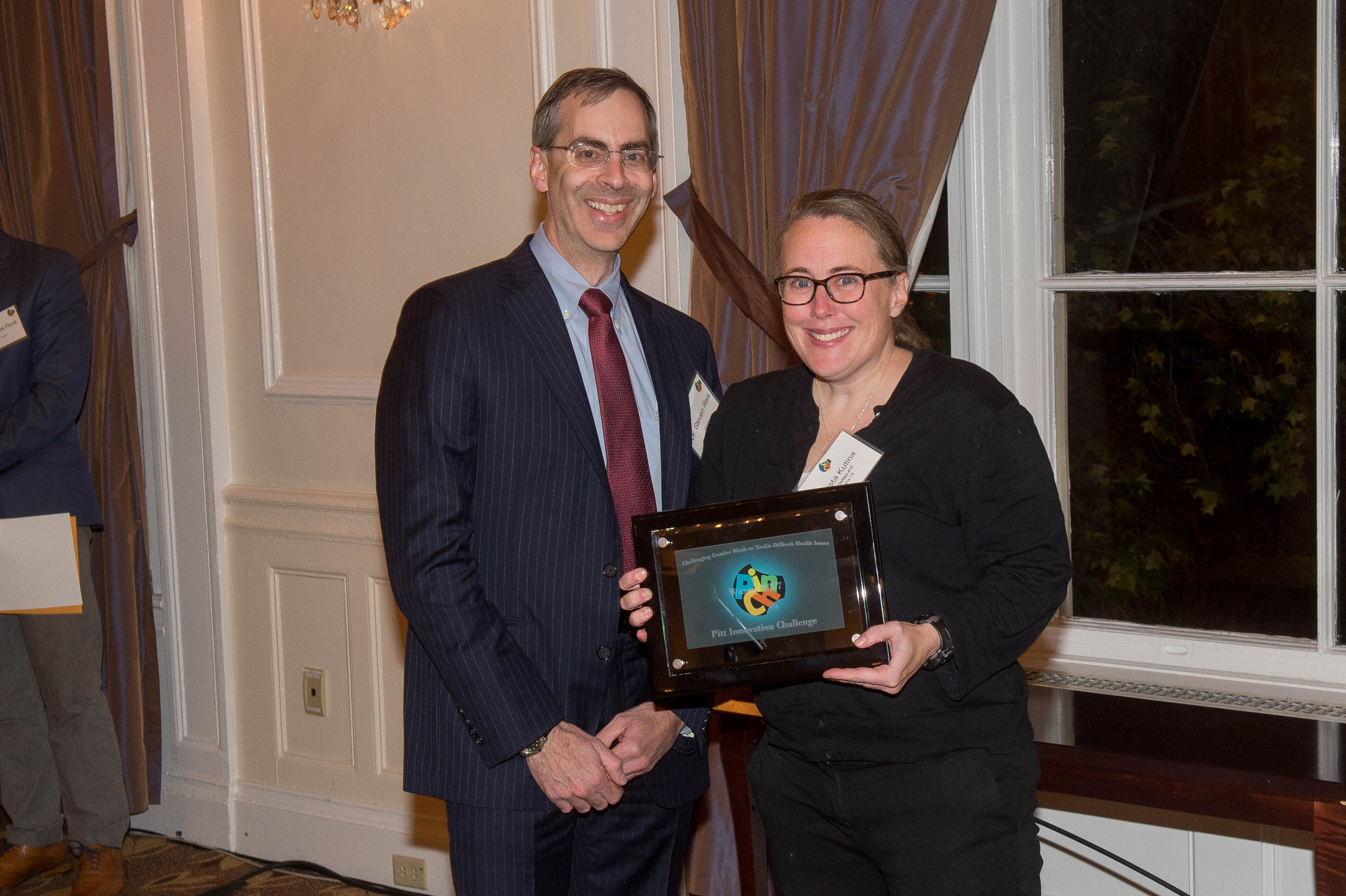 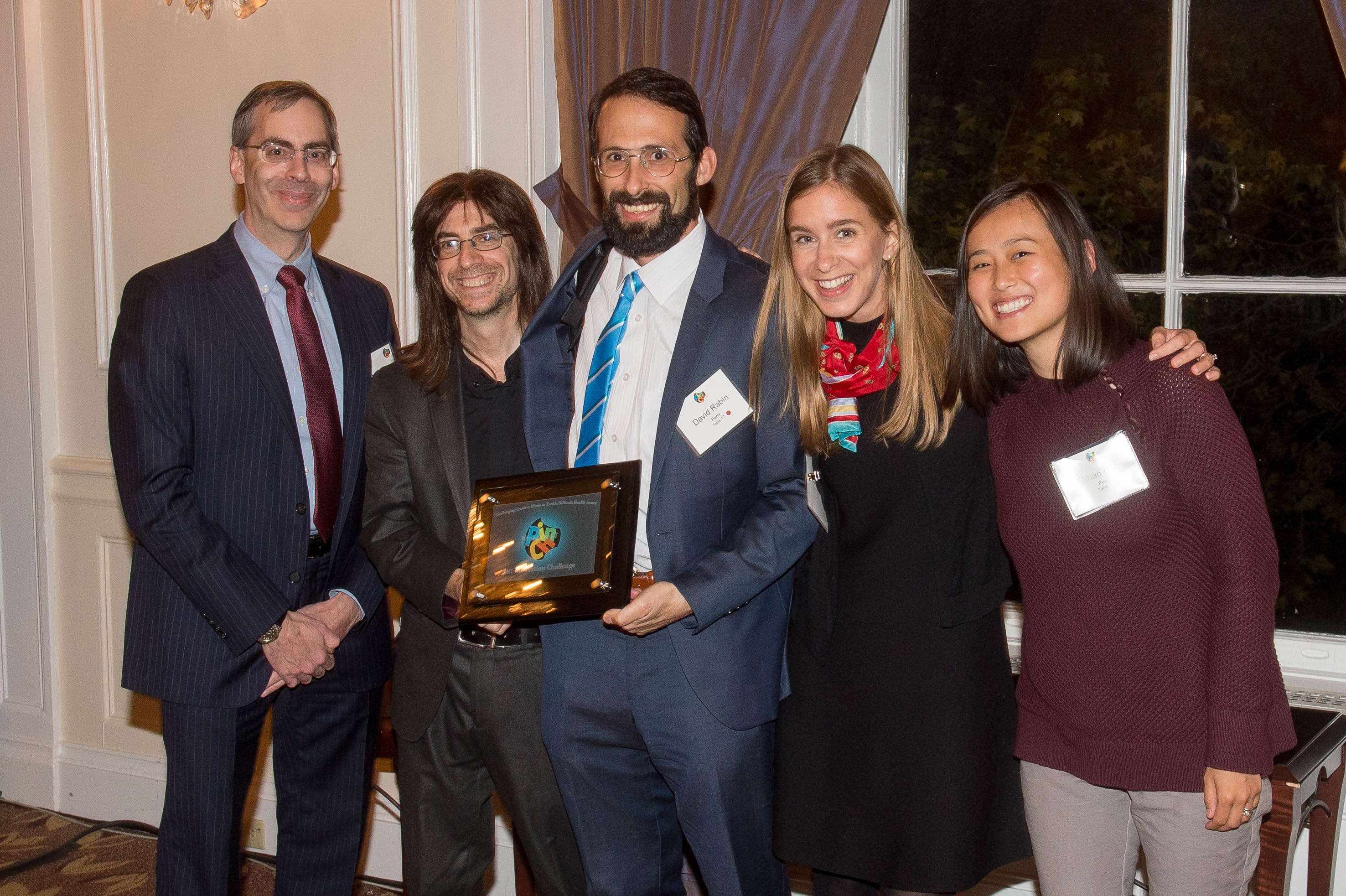 Description: A novel software platform that taps into existing mobile technology to learn about the user and deliver personalized vibrations to the users' body to enhance performance and resilience in real time. 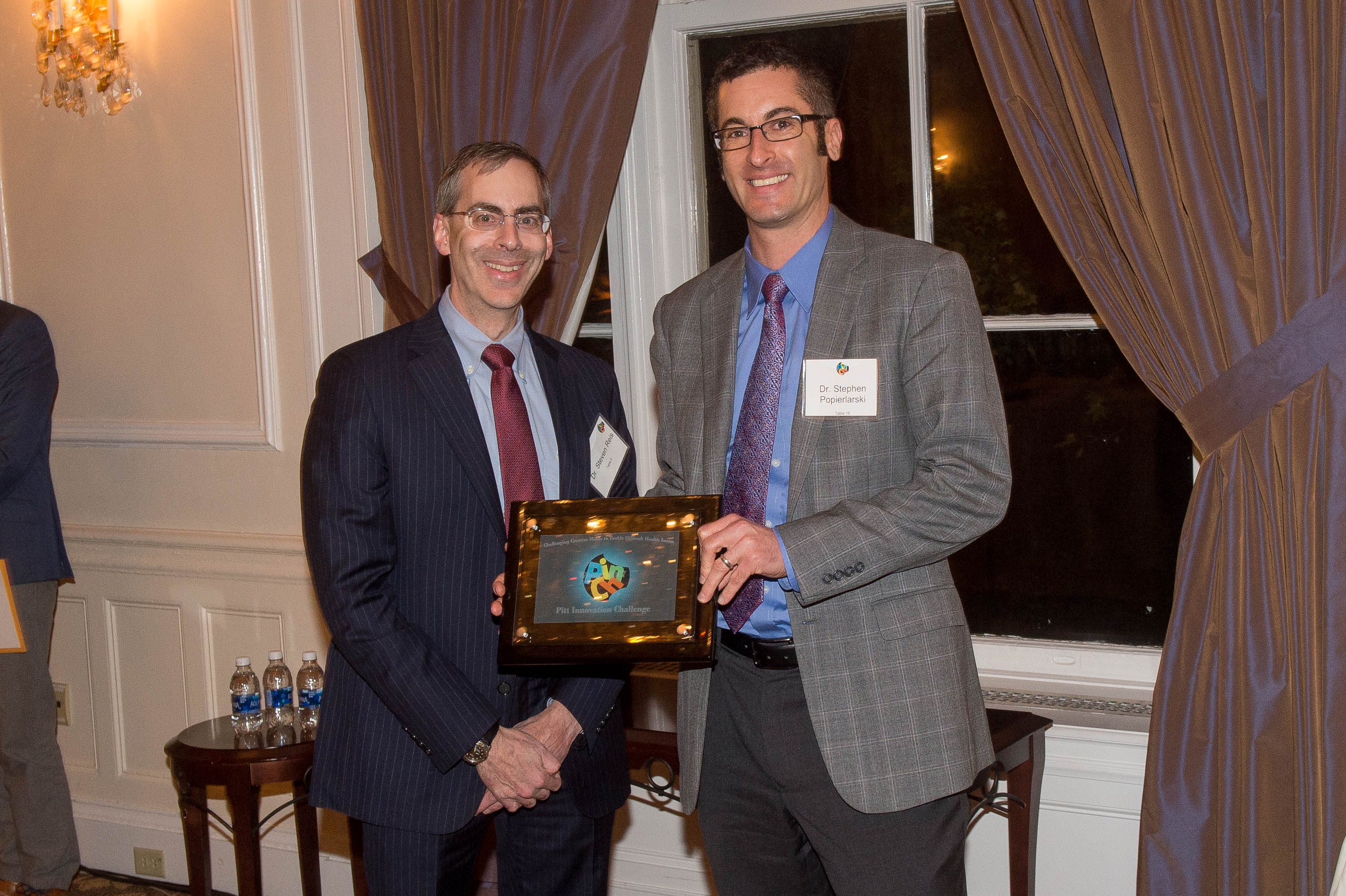 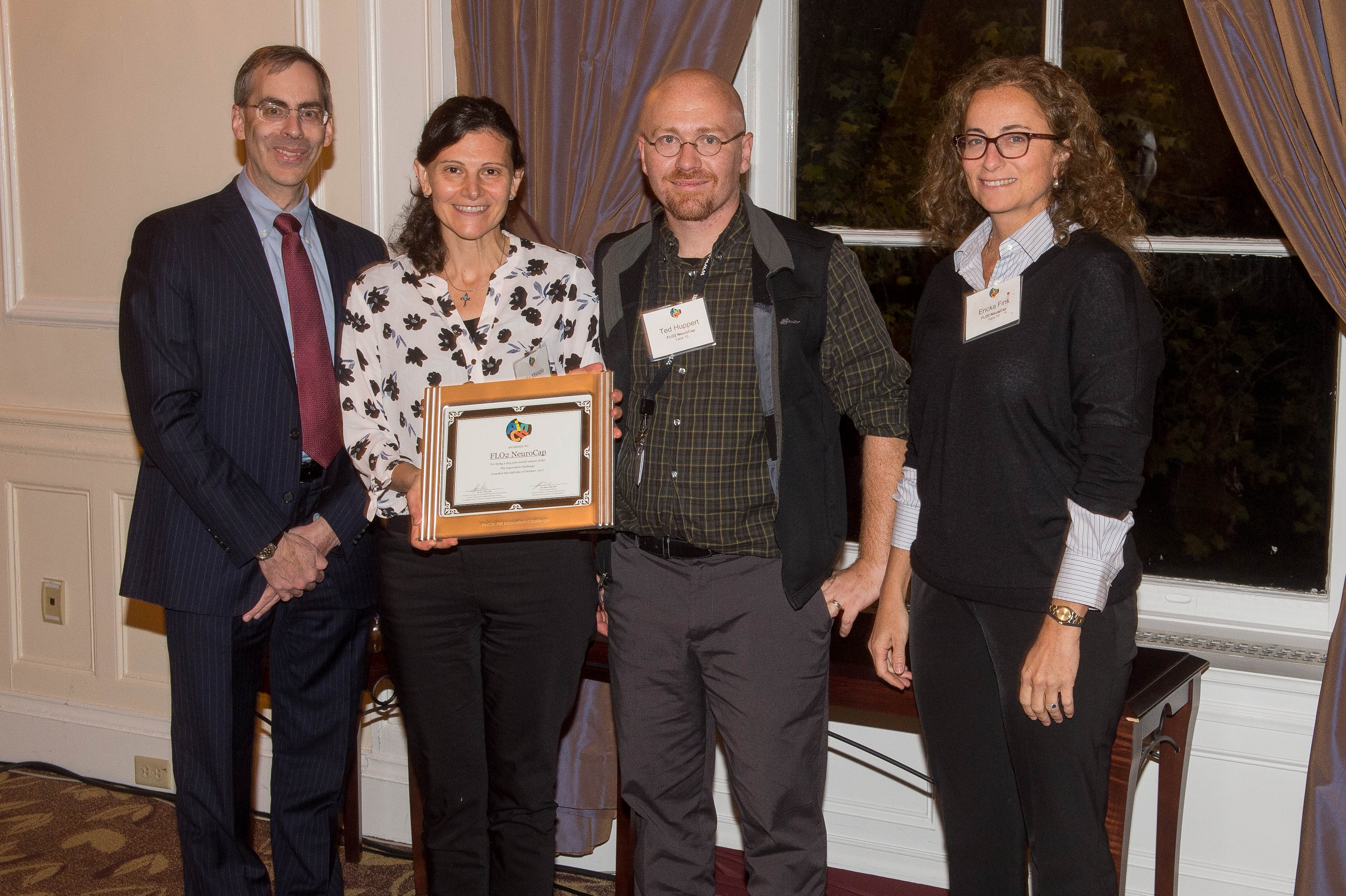 Description: Multimodality, non-invasive technology to simultaneously and continuously monitor brain oxygenation and neuronal activity in children after cardiac arrest or other brain injury. 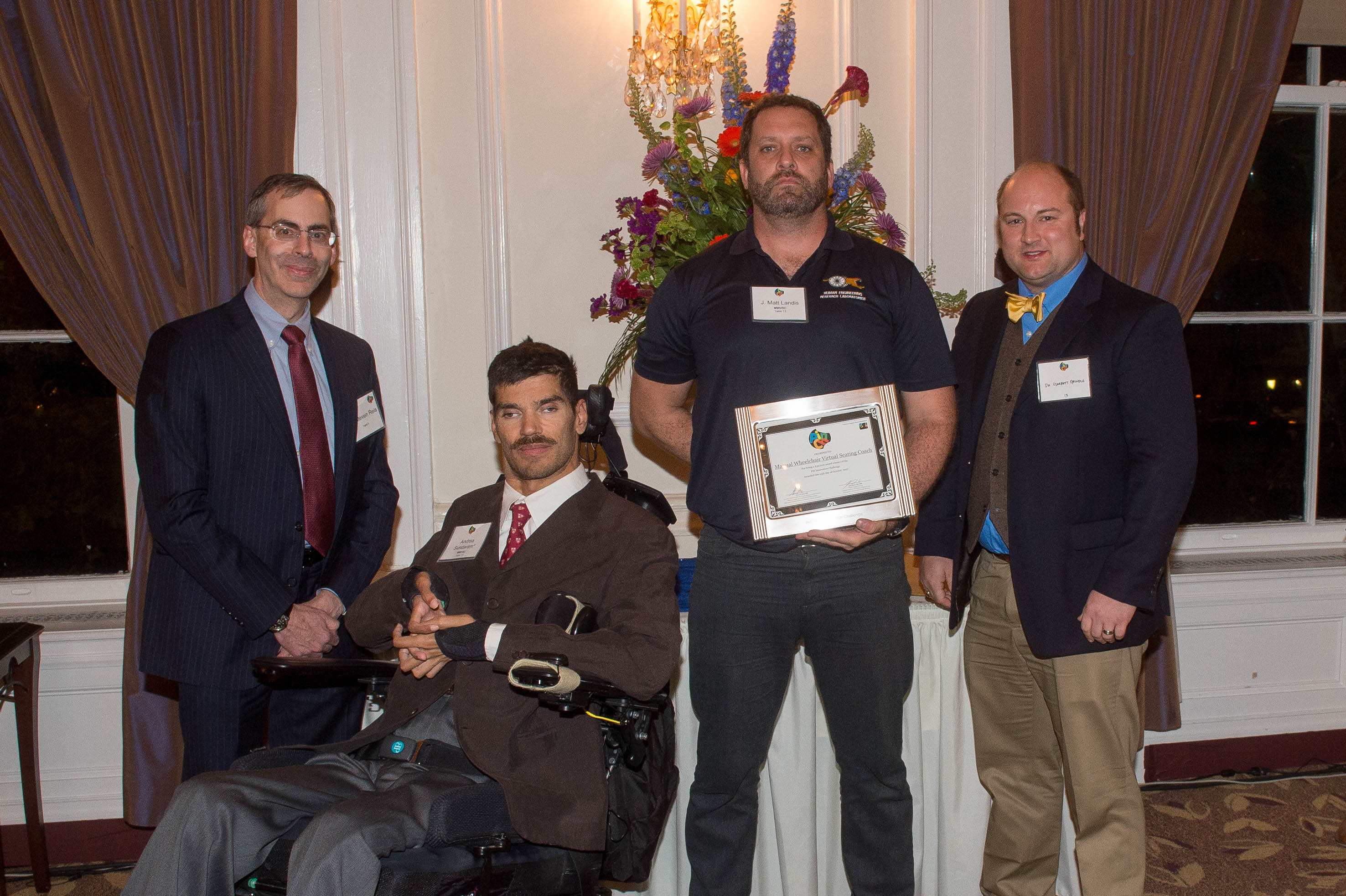 Description: A system to help manual wheelchair users to learn and remember to do adequate pressure reliefs to prevent the development of pressure ulcers. 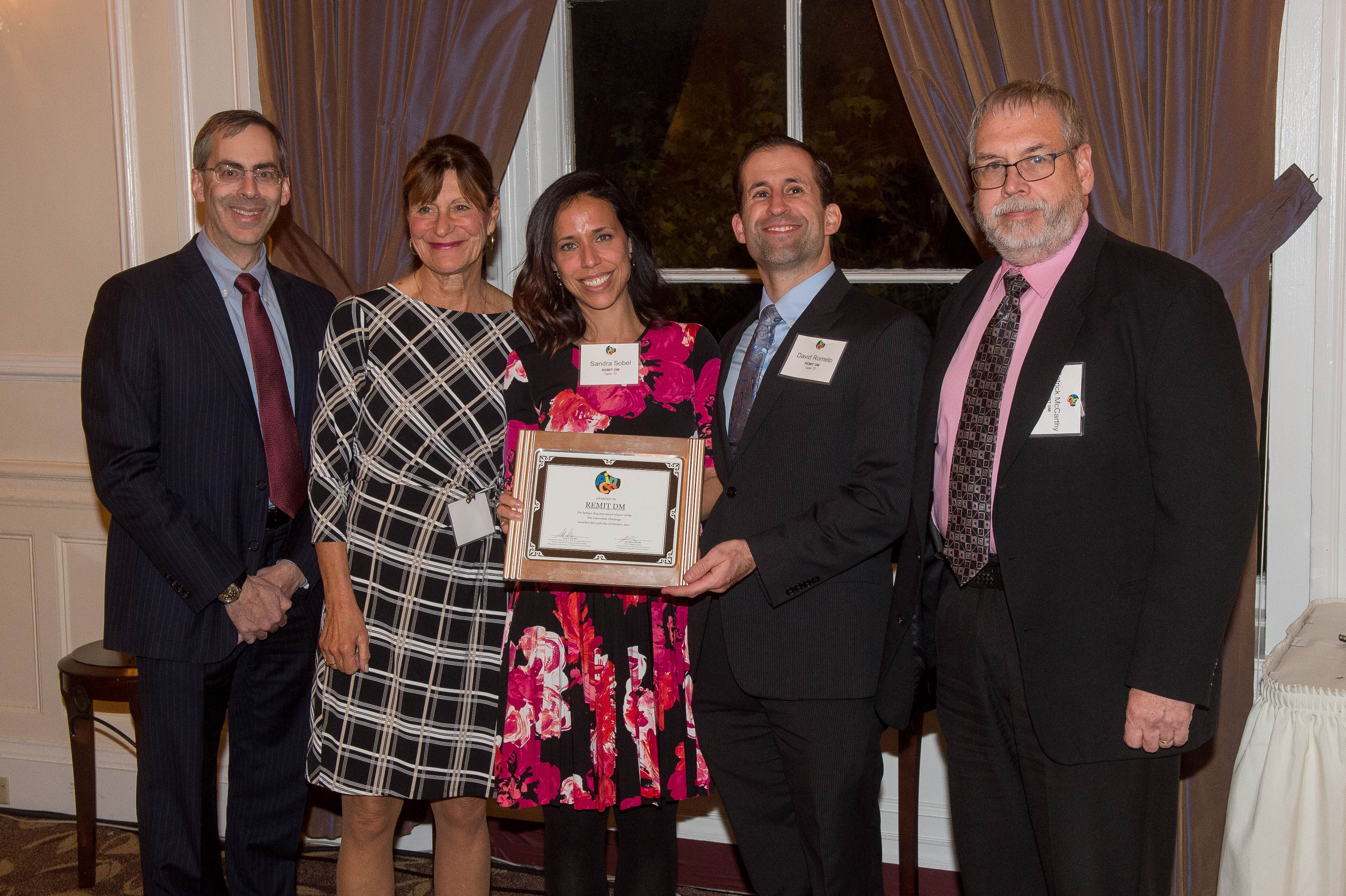 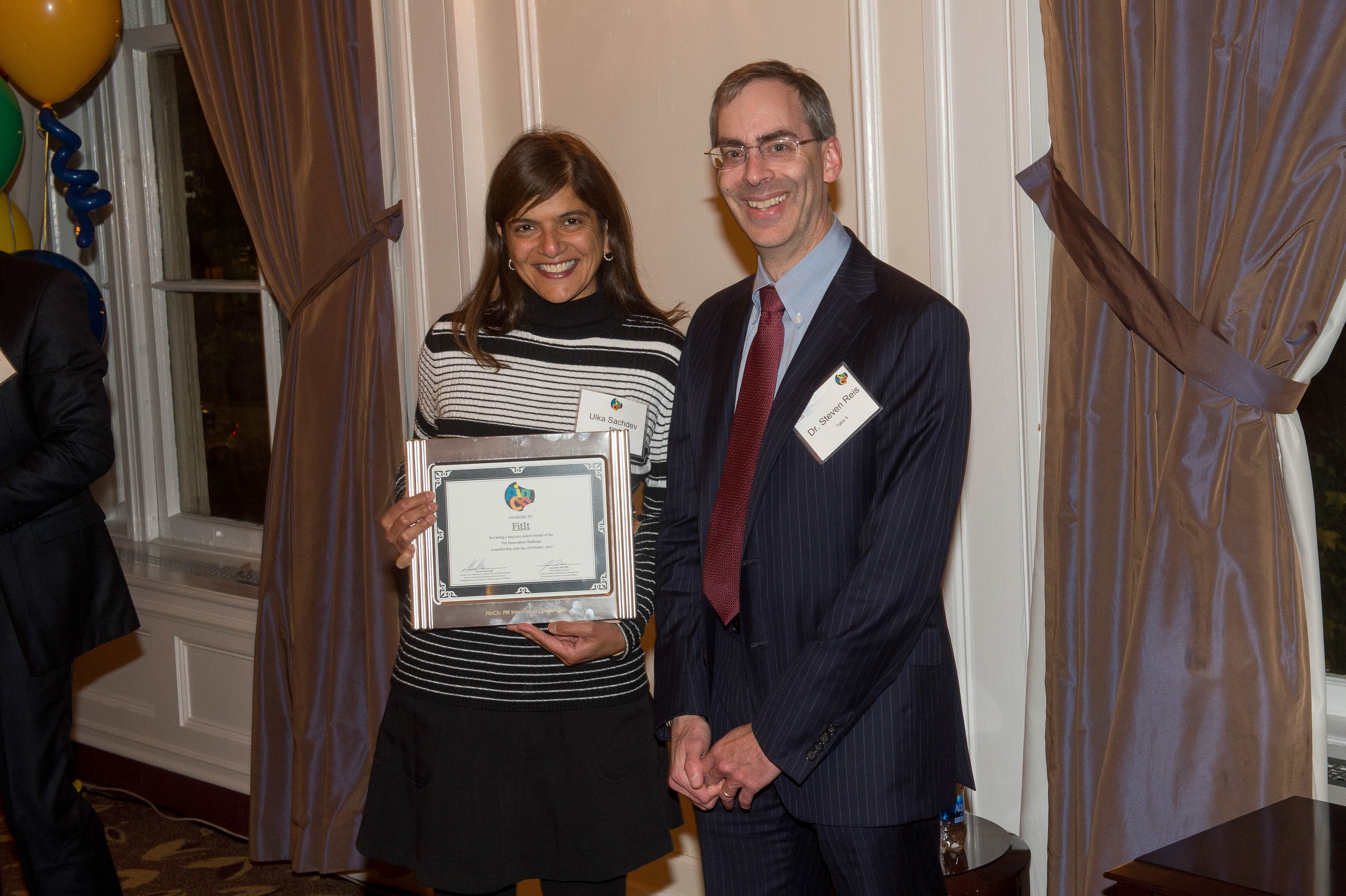 Description: Smart compression stocking for patients suffering from chronic venous insufficiency that is adjustable and self-monitoring to reduce symptoms and improve quality of life. 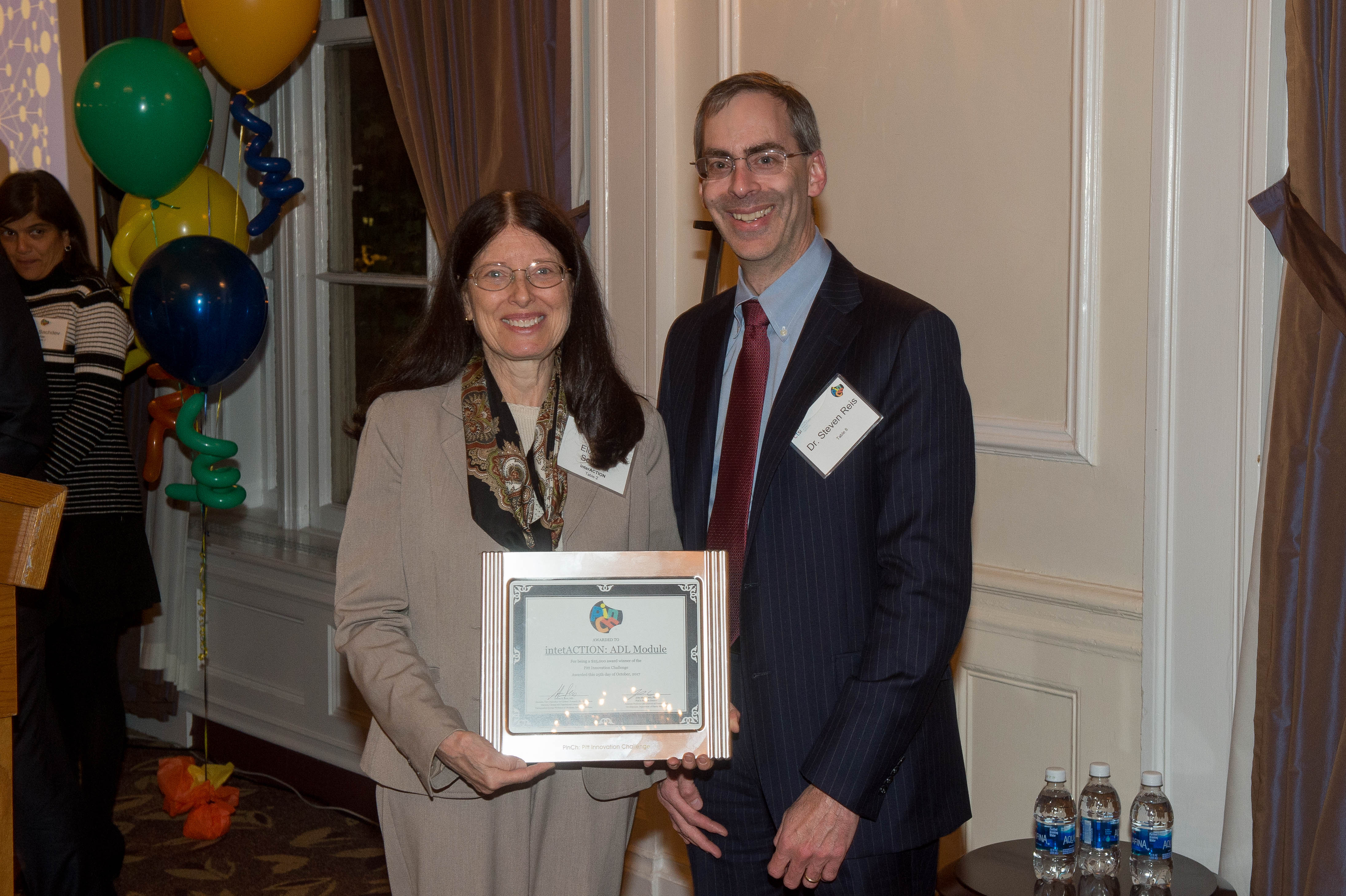 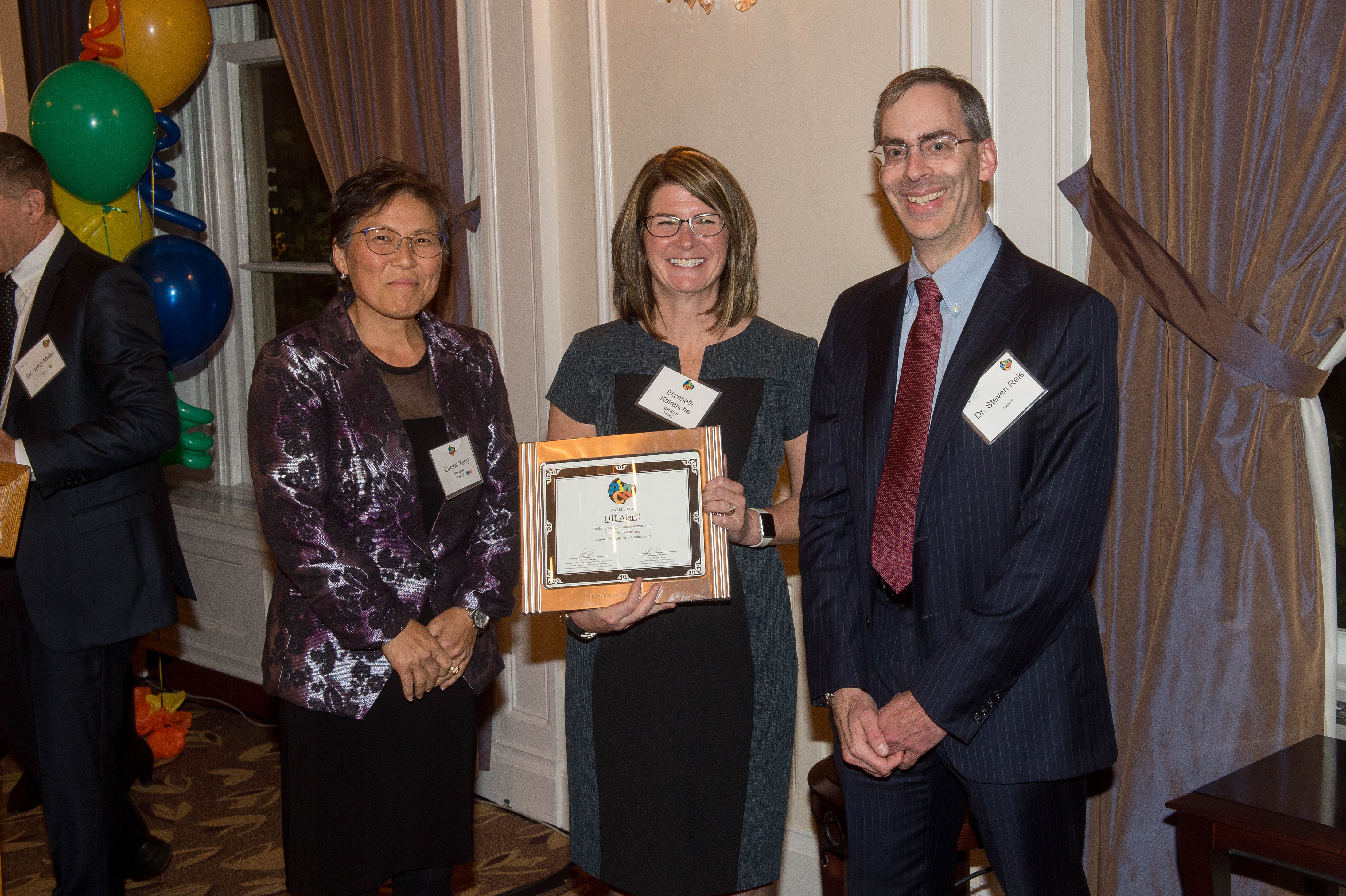 Description: Wearable technology that assesses individualized heart rate variability data to predict and warn a person of orthostatic hypotension before it happens to prevent a potential fall. 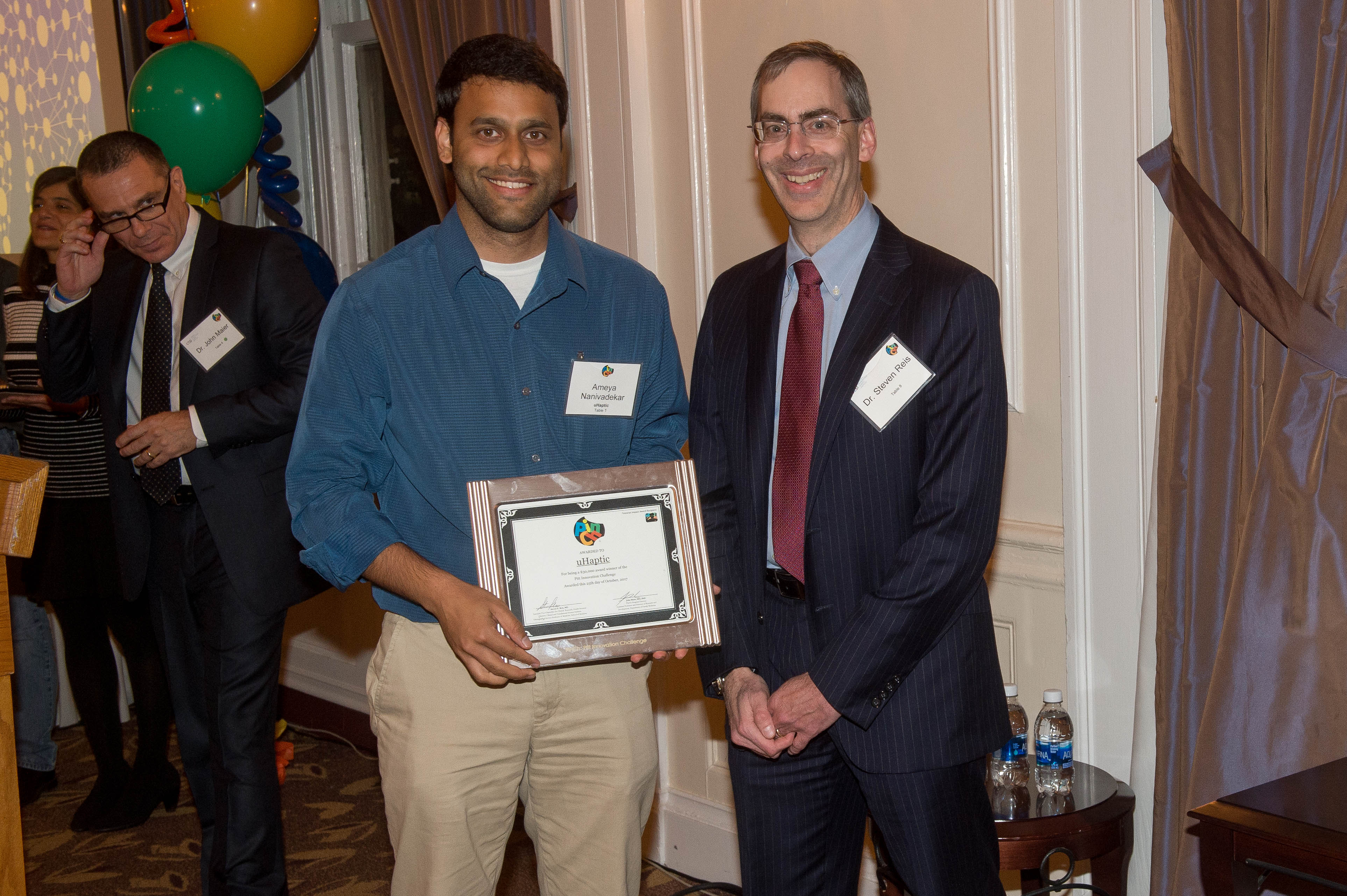 Description: Universal haptic package is a wearable for upper or lower limb prostheses that will sensorize prostheses and interface with existing and future stimulation systems to provide life-like sensory feedback to the wearer.

Description: I-HITS is an individualized hand improvement and tracking system, which allows patients with stroke to monitor their hand movement and enables therapists to deliver treatment outside therapy.

This year, we incentivized solutions that impact US military veterans through a system of veteran impact bonus awards. Eligible projects received up to an additional $25,000 in bonus awards.

“Approximately 235,000 veterans, including roughly 37,400 post-9/11 veterans, live in Southwest Pennsylvania, a region that includes Allegheny County (of which Pittsburgh is the county seat) and twelve other surrounding counties. A dense community of veterans lives in the urban area of Pittsburgh, while others are dispersed in the region’s more rural counties. Veterans comprise between 9 and 12 percent of each county’s total population, a rate that is higher than the national average of 6.7 percent, making Southwest Pennsylvania one of the densest veterans communities in the nation.” Reference.

Determining which health problems have more impact on veterans is complicated. The Veterans Administration (VA) health system provides care to some veterans, but not all. Veterans who have access to VA health system are prioritized and tend to be more ill than veterans who do not have priority for care in the VA system. The difference in prevalence between VA patients and veterans not eligible for VA services provides an indication of which health conditions impact veterans in significant ways.

In 2015, RAND completed a study titled “Current and Projected Characteristics and Unique Health Care Needs of the Patient Population Served by the Department of Veterans Affairs”

The charts below highlight the differences in prevalence for different health conditions. They highlight conditions that are more prevalent in general (Figure 5-11) and less prevalent in general (Figure 5-12). The largest relative differences are in the less prevalent conditions (Figure 5-12). It is reasonable to assume that because more severe health problems make a veteran more likely eligible for VA services, the ratio between the prevalence among VA patients and prevalence among non-VA patients is a way to estimate which conditions differentially impact veterans in important ways. Thus PTSD, COPD, hearing loss, Asthma and GERD are conditions that specifically impact veterans 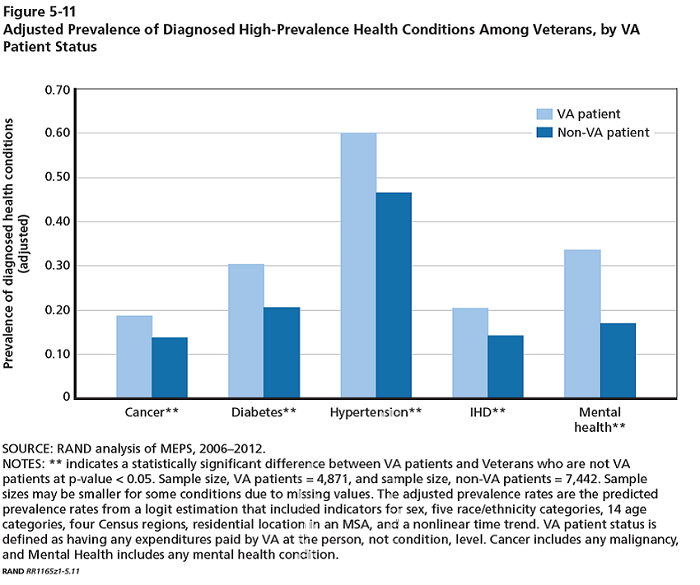 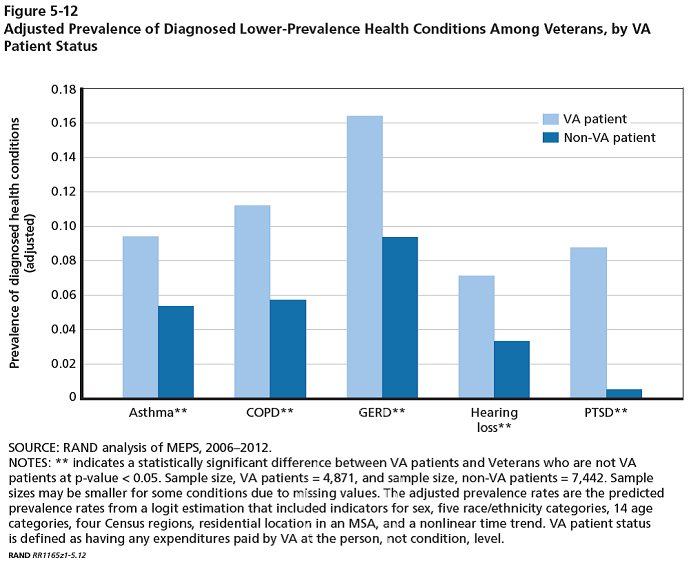