The Products of Pittsburgh podcast is about the people in Pittsburgh – innovators, scientists, community leaders – and the remarkable stories behind how they came to be and the work they have produced.

Have ideas about who you would like to learn more about? Know someone having a positive impact on the Pittsburgh community? Let us know by emailing us at ctsipodcast@pitt.edu.

Laurel began her career as a nurse at a long-term care facility before eventually transitioning into the field of neurology, caring for head injury and stroke patients. Her experience with research eventually led to her current role as executive director of operations at Pitt CTSI. Despite her best efforts to rebel, Laurel ended up following a path similar to that of one very special person.

Products of Pittsburgh · Lending a Hand in Health: Laurel Yasko

Getting the Diagnosis Right: Sarah Wheeler

Sarah’s interest in clinical chemistry and diagnostic testing brought her back to Pittsburgh, where today she is both a translational researcher at the University of Pittsburgh and the medical director for multiple UPMC testing laboratories. Her expertise in diagnostics, though, may be rivaled by her talent as a competitive dancer.

Products of Pittsburgh · Getting the Diagnosis Right: Sarah Wheeler

Robert is designing, implementing, and evaluating interventions aimed at reducing violence and substance use inequities for sexual and gender minority youth. But before becoming a professor and researching the dynamics of LGBTQ+ health inequities, Robert was surrounded by theoretical numbers and too many oboes.

Robert Coulter, PhD, MPH is an Assistant Professor of Behavioral and Community Health Sciences at the University of Pittsburgh, with a secondary appointment in the Department of Pediatrics. He received his PhD from the University of Pittsburgh and completed his postdoctoral training through the Clinical and Translational Science Fellowship Program.

Tamar is a behavioral scientist and decision making expert applying her unique skill set and experience to better engage patients in their clinical care. She initially set out to study both classical music and biology. However, a life changing experience set her on a journey around the world and eventually back to Pittsburgh where today she is helping people make informed decisions regarding their health and wellness.

Tamar Krishnamurti, PhD is an Assistant Professor of Medicine and Clinical and Translational Science at the University of Pittsburgh, with an adjunct faculty position in the Department of Engineering and Public Policy at Carnegie Mellon University. She is a Pitt Innovation Challenge awardee, co-director of the THRIVE Lab, and co-founder of Naima Health.

Dan Buysse has spent nearly forty years studying circadian rhythms and has become one of the most impactful thought leaders in sleep medicine. He has made significant contributions in advancing circadian science, translating research into practice, and training the next generation. Yet, before becoming a doctor and building a career at the University of Pittsburgh, Dan was a kid like any other. Going to college, let alone being a doctor, was aspirational.

Daniel Buysse, MD, is the UPMC Professor of Sleep Medicine and Professor of Psychiatry and Clinical and Translational Science at the University of Pittsburgh. Buysse also directs the Center for Sleep and Circadian Science, leads a post-doctoral training program in translational research in sleep medicine, and serves as director of the CTSI’s Participant and Clinical Interaction Core.  He received his medical degree from the University of Michigan and completed his residency and fellowship training at the University of Pittsburgh.

Ravi is a teacher, a researcher, and an innovator. He has a lot of interests and a lot of questions, such as how do different people interact and experience health care? What can we learn from those experiences? How might we inform and design a better health care experience?  Ravi is constantly tackling these questions with his students and through his research, but like many, he’s adapting his approach to changing conditions.

In 2001, Nehal moved to Pittsburgh and had been working as a consultant when she decided to go back to school for a second master’s degree.   A decision that set her on a trajectory to becoming a prolific figure in the Pittsburgh innovation ecosystem.  Today, she is at the interaction of academia and industry – fostering relationships and coordinating the development of innovative medical technologies.

From Surviving to Thriving: Carla Chugani

In 2016, Carla arrived at the University of Pittsburgh as a postdoctoral scholar.  As the daughter of academic parents, it’s no surprise that Carla decided to pursue a similar path.   Today, as an assistant professor, Carla is conducting research, teaching, and developing programs focused on mental health and suicide prevention.  She wasn’t initially interested in science or mental health though.  Carla first wanted to pursue a career in music.  And not just any music, opera.

In 2001, Bryan Brown came to Pittsburgh to study mechanical engineering at the University of Pittsburgh where he would go on to obtain his PhD in bioengineering and become a faculty member at the university.    From winning multiple awards to co-founding a company, Bryan is well on his way to making an impact on health care innovation.

Bryan Brown, PhD is an Associate Professor of Bioengineering with secondary appointments in Obstetrics, Gynecology, and Reproductive Sciences as well as Clinical and Translational Sciences at the University of Pittsburgh.  He’s a core faculty member of the McGowan Institute for Regenerative Medicine where he serves as Director of Educational Outreach.   He is a two time Pitt Innovation Challenge awardee and serves as Chief Technology Officer of Renerva, LLC, a Pitt start-up company that he co-founded.  Brown received both his B.S. and PhD from the University of Pittsburgh.

Ellen Beckjord returned to Pittsburgh in 2007 after years of training as a clinical psychologist and behavioral scientist.  It didn’t take long before Beckjord established herself as an innovator at the intersection of digital and population health.  From mobile applications to #pinksocks, Beckjord is using her expertise and compassion to support the health of millions of people.

Mike Flock, PhD, is the Innovation Core Manager for the CTSI. He coordinates novel funding and translational research programs, such as the Pitt Innovation Challenge. Before joining CTSI, Flock worked in R&D at large food and supplement companies. It was his interest in health science communications, cross-disciplinary research, and a sense of curiosity that led him to the Products of Pittsburgh. 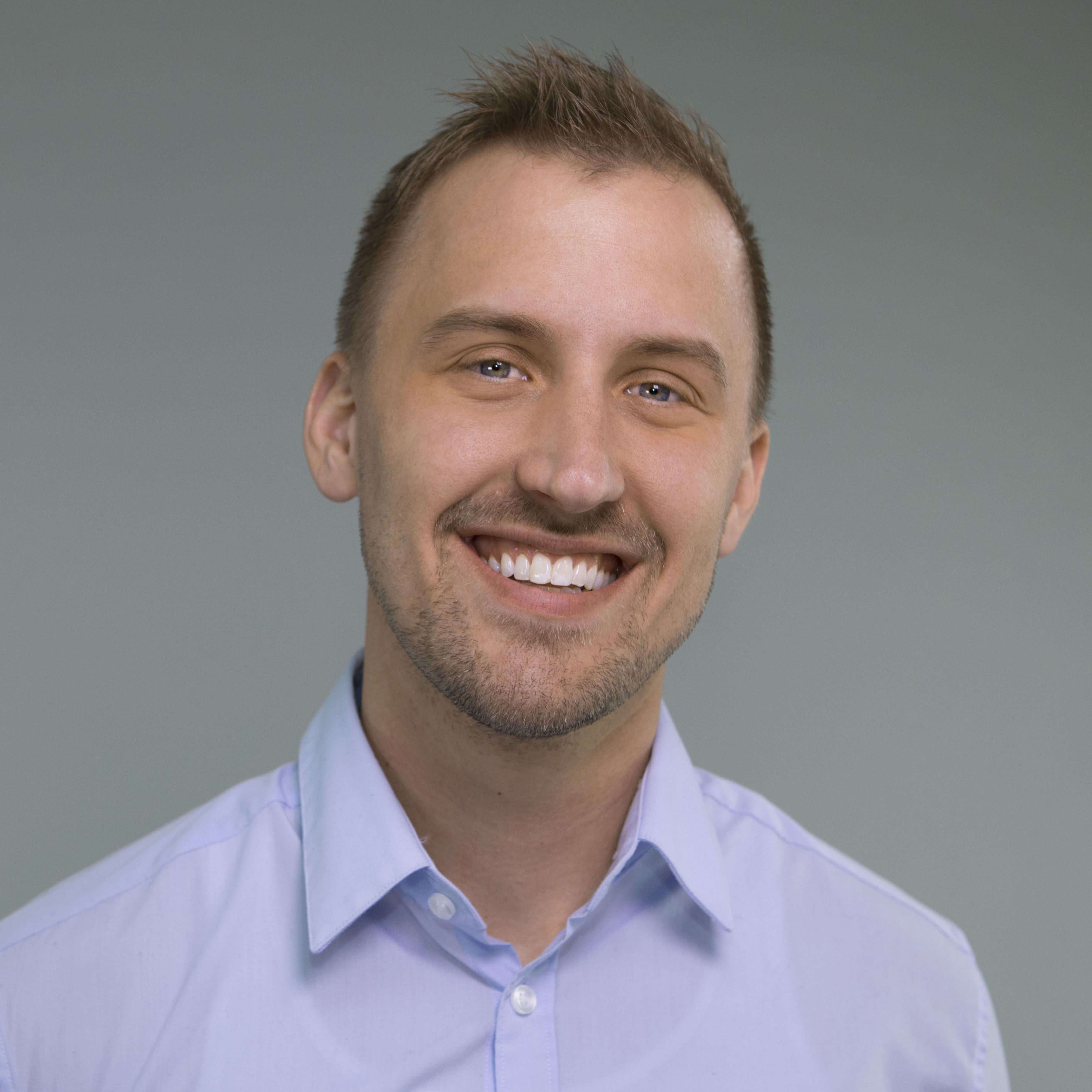